Individual lockout versus group lockout: what are the differences?

The purpose of lockout is to control hazardous energies associated with equipment and machines to prevent any release of uncontrolled energy, and therefore any subsequent injury during maintenance or repair work. Lockout is a working method that drastically improves the safety level of workers.

There are two scenarios in an individual lockout.

1. Personal padlock on a single device 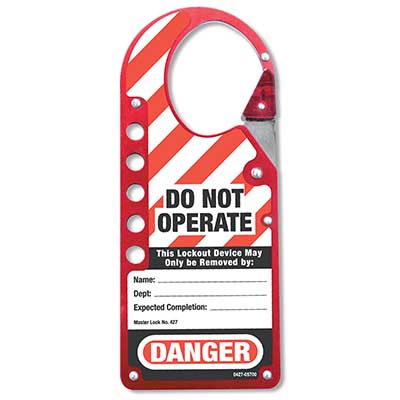 2. A personal padlock on a hasp with multiple padlocks

It's possible for many workers to lockout a single energy source. Each of them will affix his personal padlock to a hasp on the single lockout device.

A hasp is a device used to ensure there is always at least one spot available left on the isolating device to install another padlock.

Please note: as per the standard, an employee may have multiple personal locks. However, we recommend that this number be limited to one per worker.

The group lockout generally applies to several energy sources and many workers. It is often called “multiple lockout”. The terminology used can vary depending on the organization. Two scenarios are possible:

1. Presence of several energy sources to be locked out by only one worker

The CSA Z460-13 standard limits the maximum number of personal padlocks owned by a worker to three. Even if a worker can have a series of three padlocks maximum, most organizations recommend that a worker only use one personal padlock, or two maximum. Then, the guideline proceeds to use a lock box and a series of energy-source padlocks. This is the recommended method for a group lockout, when two or more workers lockout many energy sources.

Three elements are then used: 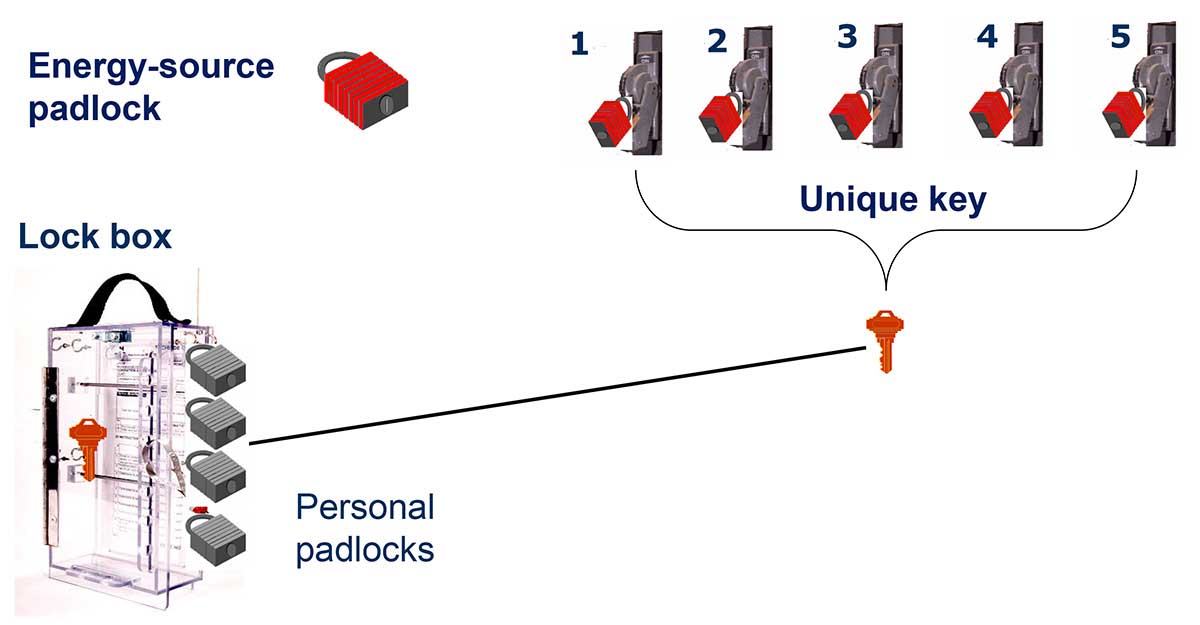 The following procedure is applied: one or two workers locking each energy source using series padlocks. After, they place the key of the series in the lock box that is then locked by each of the workers present. This ensures that until workers leave their personal padlocks on the box, it is impossible to remove the key of the series of padlocks from the energy sources and unpadlock the lockout devices. Therefore, this method ensures the safety of the entire work team.